Impact of Armed Conflict on Education in Ethiopia 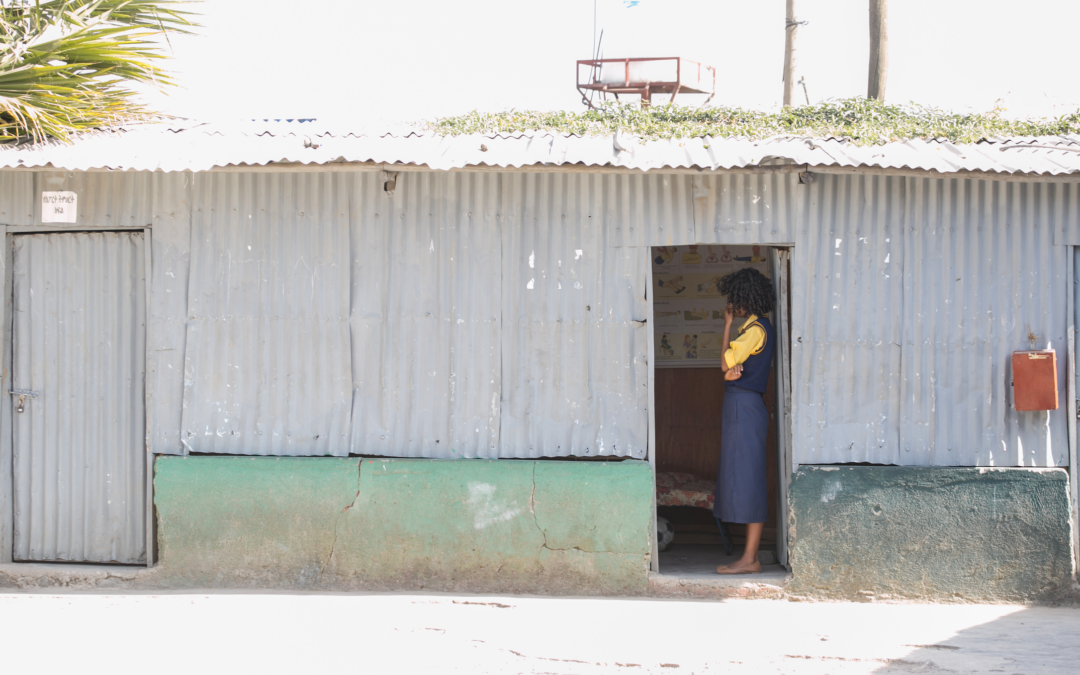 The effects of war and conflict are exacting. They’re complex and can grind crucial national infrastructures to a screeching halt. Especially the damage it brings to education.

Often school buildings and structures are reduced to rubble. Teachers flee to surrounding borders. Governmental education ministries stand inoperable or severely fragmented. For children, disruption from their rhythms of life has giant effects on their mental, physical, and emotional development. Most displaced children struggle to find their way back into the classroom, whether internally displaced or across borders.

For those students who make their way into school again, they’re greeted with crowded, overwhelmed, and overburdened classrooms. Education sectors crumble under the weight of educating hundreds of additional students with little resources. Most times, children speak a foreign language, come from different education systems, and are traumatized by violence and fleeing their homes.

Finding and hiring qualified teachers is yet another issue. Even though countries share borders, they hold different licensure and professional requirements. This makes it difficult for well-equipped teachers to teach while displaced from their homes.

In Ethiopia, armed conflict in the Oromia region and the northern Tigray region has displaced thousands of students, severely impacting their education.

The Oromia region is home to 35 million people and grows by an estimated 1.1 million people each year. Conflict in this region of Ethiopia has been ongoing since 1970. In the most recent rise in conflict, over 500,000 people were displaced over four years. In 2018 alone, VOA reported 165 schools in the Oromia region were forced to shut due to armed conflict, and more than 65,000 students had fled. For those who stayed, the fear of violence still kept them from going to school. One city mayor estimated over 4,000 of his city’s students were out of school because of the conflict. It’s estimated that 47% of primary school-aged students are missing from schools in this region due to economic, socio-cultural, school-related, and politically-related factors.

In the current Tigray conflict, ongoing since November 2020, the numbers are growing worse for children and their education. It’s estimated that thousands of people have lost their lives, with over 2 million people displaced internally to other Ethiopian regions or surrounding countries. Schools in the Tigray region have been pillaged, damaged, or are now being used for makeshift fighting outposts. Amidst the challenge of the pandemic with shutdowns and reduced funding and resources, the current armed conflict has only exacerbated an already tired system.

Mihiret Abera, Edify Ethiopia Christian Transformation and Training Officer, lends her thoughts on the conflict and its severe effects on her country, education, and Edify partner schools.

“The issue here in Ethiopia is a critical one. Education is the first sector affected by movement in the political system. We’re facing different seasons. COVID-19 is a worldwide season. Now, with what’s happening in Tigray, many more people are dying in Ethiopia. This has produced trauma in us all,” she shares.

Mihiret continues, “The Tigray conflict has affected schools in a few ways. First, the economic crisis during war is huge. In a short amount of time, there’s been large inflation. For schools, they’ve had to cover higher prices for operating. But the government had mandated no rise in school fees. There was no way to cover all their needs. This is expected because, during war, there must be economic blowback. The second thing is security. School proprietors and teachers are fearful, worried about how to keep their students safe and learning. This is a situation the schools are facing. Schools are trying to protect their students, but at the same time, people are unsure of what’s going to happen. They’re living in fear. Third, the political system is still unstable and fragile.”

Together, economic crisis, security concerns, and fragile political systems paint a problematic picture for education in Ethiopia. Not only for school proprietors but teachers and students too. They severely hamper the ability to deliver education, ensure its quality, and see students transforming and flourishing.

Yet Mihiret shares what she and Edify school proprietors are holding onto at this time.

“As a Christian, as a believer, we have a hope that God has given us promises. God has a purpose in Ethiopia, and He started a good work in us. We’re sure that He’s going to finish the work that He’s started. The situation is tough but also us believers have such hope. I don’t remember a time where we’ve had this much hope, this much passion. It’s a unique time for us. Even though the visible situation isn’t good, the invisible one is good. The Spirit is working in our country,” she says.

In places like Ethiopia, what continues to be important in protracted, conflict situations, is the constant support and encouragement our partner schools receive. Prayer, commitment, and building networks and fellowships for school owners help provide hope in times of fear.

Pray with us for the Tigray region of Ethiopia. Armed conflict and violence is still ongoing. Pray for protection, stability, and an end to the conflict.